We have probably all seen this retro hairstyle resurfacing on the streets in the last couple years, the Half-Shaved or sometimes called the Two-Face hairstyle. 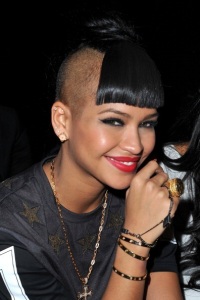 While some people hate it, it has succeeded in becoming hugely popular, and seems to be gaining momentum heading into Fall 2012. When Salt ‘n Pepa rocked this look in the mid 1980s it influenced not only the North American black community’s hairstyles but women around the world started shaving or cutting off half the hair on their head.

Salt’n’Pepa shaved half their heads in mid-80s

Well the trend is back and though it first surfaced a couple years ago, it is still gaining momentum. And lets not forget stunningly beautiful Cassie Ventura, P. Diddy’s model/singer girlfriend. She has been sporting a half shaved head, then soon after, both halves shaved in 2011. Cassie dazzles in this style with her striking beauty.

I see the Half-Shave in the street everyday now, and many of my female friends are sporting the look. Actually some of the guys are now too! A couple women I know offer the haircut at festivals and thru word of mouth for a modest price.

This hairstyle trend has great versatility for self-expression as people use it to showcase head tatoos and tribal “shave-carvings” into the short hairs.

Needless to say this look has proved it has the cultural staying power to last and continue to morph and evolve as a form of self-expression in hair style, as 2012 turns in to 2013 and beyond… 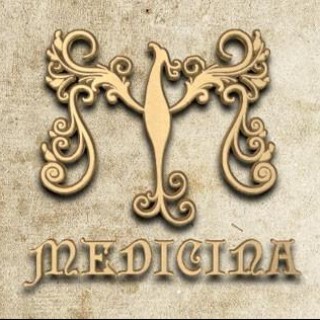 I'm Renee Hope Twaddle, a Designer and IATSE Props Permitee with E-Boutique of Jewelry and Accessories at www.medicinadesigns.etsy.com I do contracts for the Film and TV Industry in Costume Jewelry and Props, Props IASTE Permitee Located in Vancouver, BC, Canada